Speech by the Deputy Secretary General at the UN Summit on Religion, Peace and Security

(Bonn, 22.12.2016) The World Evangelical Alliance (WEA) has pledged to do everything in its power to help build peaceful societies by advocating religious freedom and peace initiatives between religious communities. 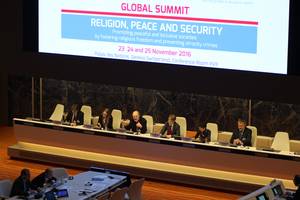 The occasion for the statement by the Associate Secretary General of the WEA, Thomas Schirrmacher, was his address at the Global Summit on Religion, Peace and Security at the UN Human Rights Council in the Palais des Nations, Geneva. The summit was jointly organized by the United Nations Office on Genocide Prevention and the Responsibility to Protect, the International Association for the Defense of Religious Liberty (IASRL, or Association internationale pour la défense de la liberté religieuse) and the European Union, together with several sponsors, including the International Institute for Religious Freedom, whose director is Thomas Schirrmacher.

To this end, top UN representatives, experts, leading representatives of large and small religions, and several high-ranking political representatives for religious freedom, such as the Special Envoy of the EU and the Senior Advisor of the OSCE, Kishan Manocha, were involved in the discussion.

In  a discussion with Adama Dieng, UN Deputy Secretary General for Genocide Prevention, Schirrmacher thanked United Nations Office on Genocide Prevention and the Responsibility to Protect in the name of the WEA for their outstanding work. Without their efforts, there would certainly be more or worse genocides. Liviu Olteanu, Secretary General of IADRL, who had mainly initiated and organized the Summit, joined in the praise.

The WEA was represented by several staff members as two WEA departments intersected at the Summit. The area of religious freedom reports to Thomas Schirrmacher, while the area of public engagement, to which the UN team of the WEA belongs, and the Peacebuilding Department reports to the Deputy Secretary General Christine MacMillan.

Schirrmacher had previously participated in a small expert group working on a paper on the importance of religious freedom for the security of member countries at the Warsaw headquarters of the Human Rights Division of the Organization for Security and Co-operation in Europe (OSCE).

For an alternative report, please replace the headings and first paragraph as follows:

President of the ISHR: Ensuring the Security of All Countries through Religious Freedom and Human Rights

Address at the UN Summit on Religion, Peace and Security in Geneva 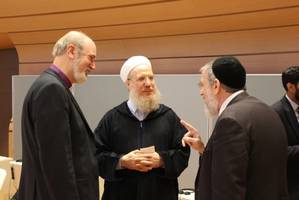 (Bonn, 22.12.2016) The President of the International Council of the International Society for Human Rights has called on the international community of states to understand religious freedom, as well as human rights, as a contribution to the security of all states and the world and not as a problem. Peace and security would not be endangered by the exercise of human rights freedoms, in particular the freedom of religions and world views, but by their destruction. Countries with these freedoms are generally much safer and more peaceful and are much less likely to pose a threat to other countries. 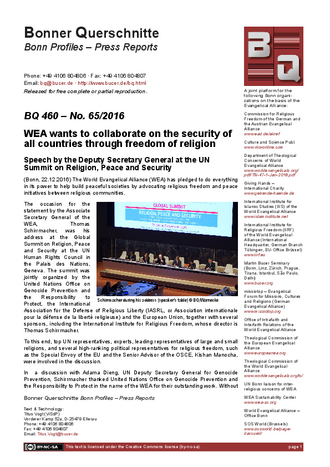 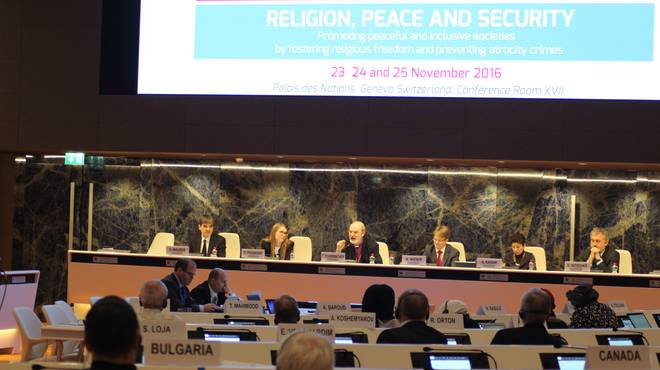 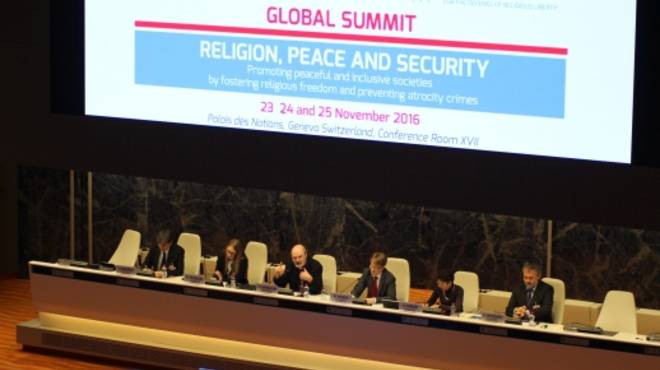 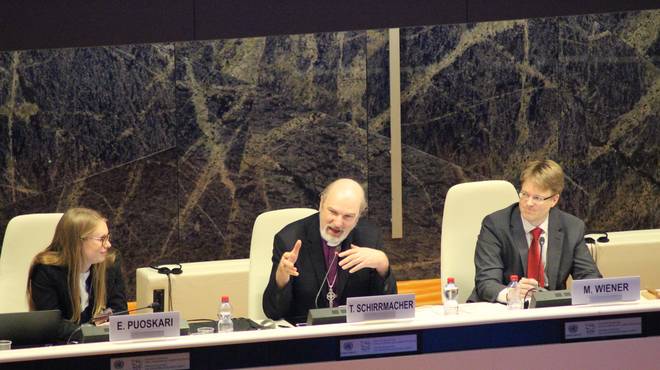 Schirrmacher during his address (close-up) © BQ/Warnecke 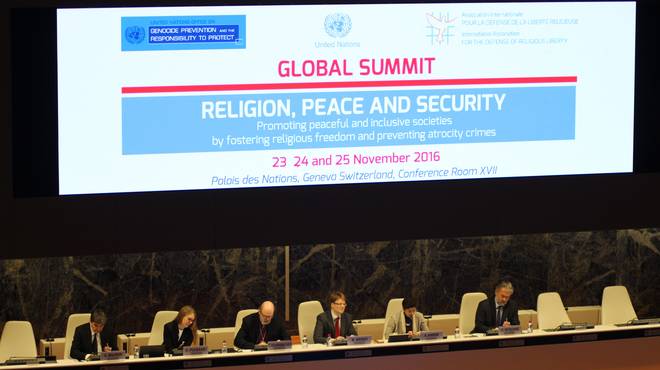 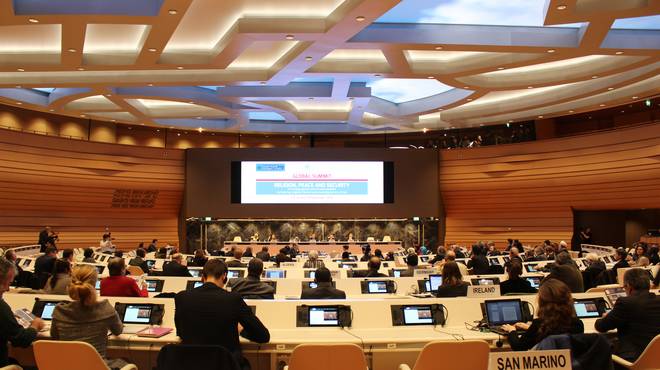 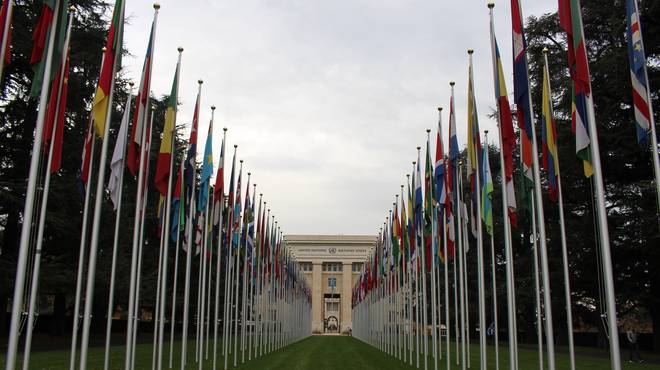 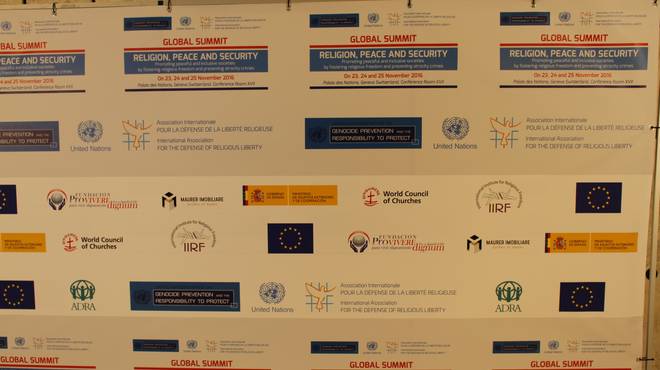 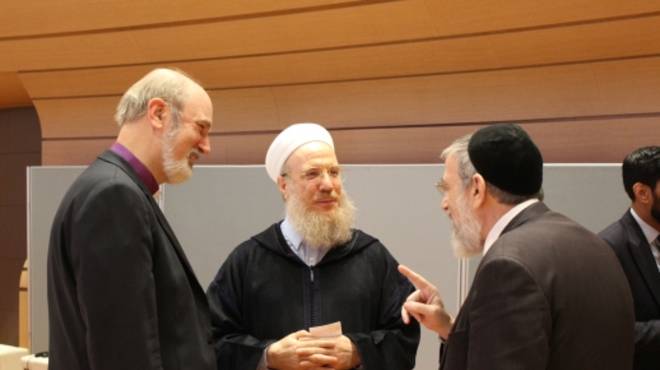 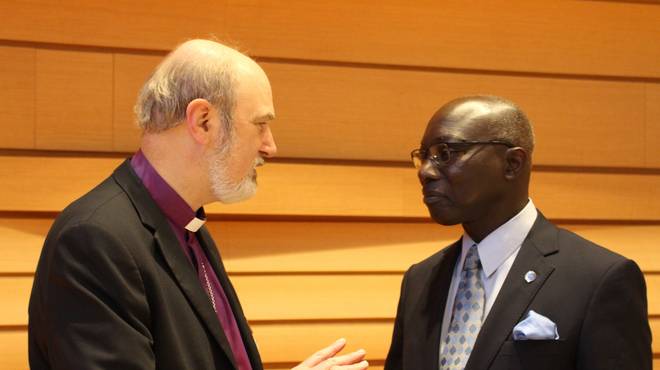 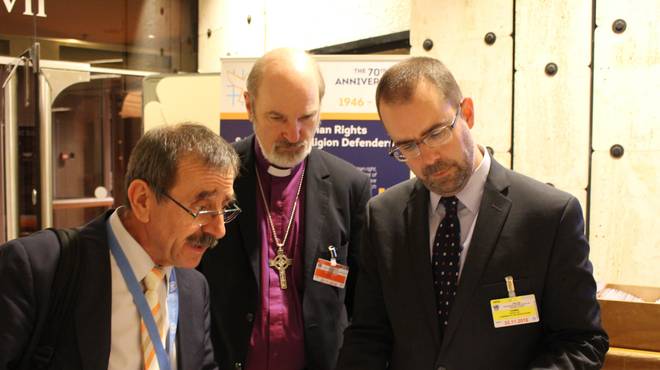 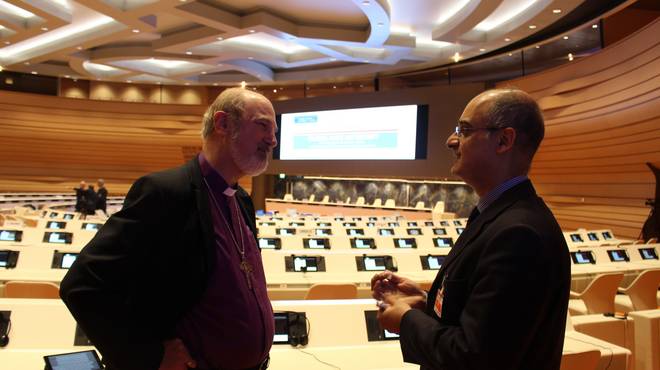 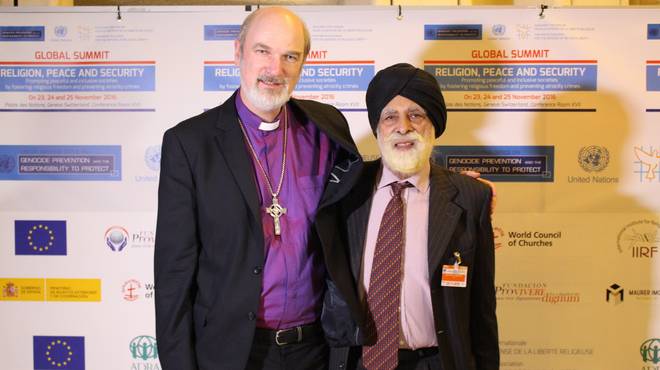