One year later: An Evangelical Looks at the Vatican’s Abuse Summit

A commentary by Thomas Schirrmacher

(Bonn, 26.05.2020) The national Conferences of Bishops of the Catholic Church worldwide met at the Vatican in February 2019 for a summit on sexual abuse. Time to look back a year later, as much has happened in some countries, but there is no real progress on the global level.

I had been a pastor for just two years when the children of a man who held a leadership position in my congregation told me that they were regularly experiencing severe abuse from him. Inexperienced as I was, I tried to tackle the situation within our church without informing the police. Eventually I was transferred to another parish, and only later, after a police investigation, the truth came to light. (The children, however, are still grateful to me that I ended their abuse by intervening.) 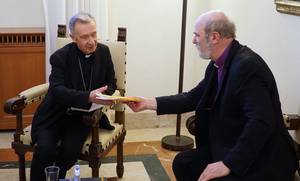 Now, based on much more experience, I urge that all churches adopt strict guidelines regarding violence and sexual abuse in general, and specifically for cases involving minors; that they immediately involve the responsible state prosecuting authority (at least in countries with a functioning legal system); and that, if appropriate, they bring the victims directly to the authorities responsible for an evidentiary hearing.

The problem is, of course, not limited to Catholic churches. The recent, very prominent case of U.S. evangelical leader Bill Hybels and Willow Creek Community Church, in which no minors were victims, displays all the main features of the typical process with which the Catholic Church is currently dealing in thousands of instances. The perpetrator denies the charges; he is, despite very flimsy explanations of compromising situations, accorded credibility; other responsible persons back him even though victims, far apart from each other in time and space, have already come forward, in such a way as to rule out any possibility of a coordinated smear campaign or carefully plotted vendetta. Eventually the perpetrator resigns with assertions of innocence. Then the media highlight the emergence of even more victims. After the replacement leader finally speaks with these victims, shortly afterwards he and the whole board of elders resign. Since the statute of limitations has long passed, the state cannot bring any further clarity to the matter by means of prosecution.

Journalists at the Houston Chronicle newspaper in the United States researched 380 cases in the past 20 years where Southern Baptist Convention (SBC) clergy and volunteers have faced allegations of sexual misconduct; 220 of them were convicted. In 2008, the SBC decided not to conduct further investigations of charges that offenders were moved from one church to another to escape prosecution or scandal. The main reason why the SBC declined to pursue such action is that it has no authority over its local congregations and cannot tell them whom to hire or not to hire as pastor. The SBC is an association of essentially autonomous Baptist congregations and (unlike Anglicans, Lutherans, Methodists or Presbyterians) has no voice in or authority over the decisions of those congregations. Nevertheless, there is no way around the topic. One would hope that the SBC could at least develop guidelines, an ethics code, or a handbook or even establish a confidential phone line for reporting situations of possible abuse, so as to aid victims and show that it is taking the matter seriously even though it cannot overrule the actions of local congregations.

No one can dodge the question any longer

Abuse committed by clergymen, especially if they are kind and well-liked, is even less imaginable than that committed by other persons. But the art of pretence is a key component of abuse. Pope Francis experienced this situation when he stood before his friend, Chilean Bishop Juan Barros Madrid, in 2015. Based on 2,300 pages of material from the investigator appointed by the pope, Maltese archbishop Charles Scicluna, Francis apologized publicly to the whole world, and all Chilean bishops offered their joint resignation. Here the Pope experienced the fact that the covering up of perpetrators’ actions by influential friends often does not occur out of ethical laxity or corruption, but out of naïveté, unwillingness to believe the charges, or even personal friendship.

The Pope himself has lost several close friends and high-ranking co-workers, including some of his leading supporters in his anti-corruption struggles at the Vatican, through abuse charges. If already his investigations of corruption had rendered the Pope somewhat isolated, this is all the more the case now. 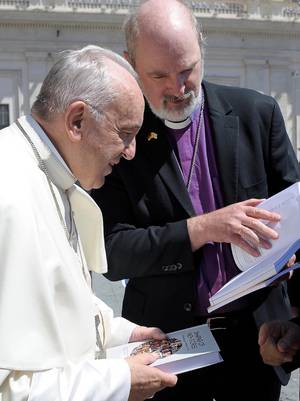 Some had thought that Pope Francis was squandering his moral capital by pursuing the matter of clergy abuse in lax fashion— far from it. On the contrary, his world summit on the issue proves how seriously he is taking it. One could hardly imagine any way to give the matter more visibility in the Catholic Church. Every national Bishops’ Conference is represented in Rome. No one can dodge the matter anymore, not even those who are not yet directly affected. All members of the Cardinal Council, including the Cardinal Secretary of State, who is about to publish a new Vatican Constitution, personally attended the summit. All sessions could be watched through livestream worldwide and all papers from the summit are accessible on the Internet.

The fact that the Catholic Church has been showered with a series of new reports of abuse is a consequence of what Pope Benedict, carefully feeling his way but nevertheless courageously, kicked off and what Pope Francis has now turned into a hurricane. Francis has also granted every request by a state for the extradition of employees of the Vatican. The old notion that it was better for the Church that no one should know of her unholy actions has been reversed under Francis. Never before were so many high-ranking Catholic priests transferred back from the priesthood to the lay state by the Pope, including, in mid-February 2019, the Archbishop of Washington, Theodore Edgar McCarrick.

In other words, no one should underestimate the Pope’s willingness to go to extremes in these matters, unlike the Family Synod’s compromise on admission to mass for remarried couples who had previously been married by the Church and then divorced.

Nuns should evangelize, not run the household of clergy

Moreover, shortly before the summit the Pope published a new directive for priests who have become fathers, making public and official something that has been part of interdenominational ridicule and denial for centuries.

And on his return flight from the Global Conference on Human Fraternity in Abu Dhabi, he kicked up a completely new controversy by speaking with journalists about multiple cases of abuse of nuns by priests and bishops. This is, after all, at the same time a call to victims worldwide to stand up, and it supports for the first time the superiors of women’s orders, who have been trying for a long time to place this topic on the agenda.

The exploitation of nuns, among other things as housekeepers, is a topic that Francis had already addressed stridently as an archbishop. In his opinion, nuns are called to evangelize and help the poor, not to run the household for clergy or act as chauffeurs. The public discussion of a matter previously discussed only inside the Church shows that the Pope is not willing to settle the matter at any cost and to allow peace to return, but that he wants to eliminate every form of abuse of power in the Church worldwide, even if it has the explosive power to unhinge the Church. That is why in my book ‘Coffee Breaks with the Pope’ I called him the Gorbachev of the Catholic Church. For like Gorbachev, the Pope does not know where his reforms and campaigns will lead.

Conservative opponents of the Pope, supported by cardinals such as Walter Brandmüller and Raymond Leo Burke, demonstrated in front of the premises where the abuse summit took place, because they believe that the issue is above all about sexual abuse of boys and thus homosexuality, and that this facet of the problem has been kept under wraps.

By referring to abused nuns, the Pope makes it clear that it’s not just about that. After all, sexual abuse, homosexual or heterosexual, is not just a morbid form of sexuality, but a particularly demeaning form of violence. 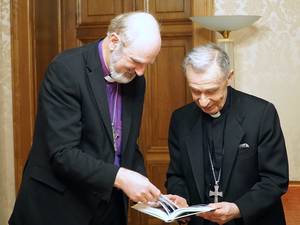 By the way, it is interesting to see how many of the Pope’s conservative critics are putting the brakes on when it comes to sexual abuse, when ethically they should be regarding it as even worse than other practices to which they object. If remarriage excludes people from the Catholic sacrament of marriage, how much more must abuse of minors exclude people from the Catholic sacrament of the priesthood! Far from it, they tend to regard the whole issue as an attack on the priesthood.

Furthermore, the conservative hardliners’ double standards are exposed by concrete indictments and convictions, because they disprove the theory that good theology can protect us from sin. For example, Brandmüller and Burke attribute the rampant sexual abuse by priests primarily to “materialism” and diminishing piety. They do not understand that a centuries-old problem is rearing its head here, and that the Church experienced plenty of abuse of power—with sexual components—long before Karl Marx and the Enlightenment and therefore also before the so-called sexual revolution, starting towards the end of the 1960s.

A case in point is the Australian curial Cardinal Georg Pell. At the second Family Synod, he was a strident spokesman for the conservative opponents of the Pope, as I myself witnessed in person. The Pope generously allowed him a free hand; he wanted it to be a real debate, a real synod. Besides, Pell was leader of the Secretariat for the Economy and thereby also responsible for a new, corruption-free administration of the Vatican; until October 2018, he was a member of the then nine-member Cardinal Council. The sentence was recently overturned in the last instance. But new victims have come forward and a new charge is being prepared. And the state commission of inquiry has compiled a dossier of other cases in which Pell has covered up cases of abuse over a long period of time, but all this is time-barred.

Protestant and evangelical theologians should be paying close attention to the Vatican’s abuse summit and its results, as these problems are part of our history and our current experience too. But what do I as a Protestant theologian have to contribute to the abuse summit? Nothing that would prevent people automatically from wanting to engage in abuse, but we can make it harder for abusers to carry out their repulsive desires and we can make detection easier.

Five important topics expressed in the Reformation should be reconsidered by the Catholic Church and also by all Protestant churches, some of which now hold to these positions quite loosely:

All this is also part of our discussions with the Vatican’s Congregation for the Doctrine of the Faith, where they are aware of the fact that many of the questions that have now been raised directly also have doctrinal implications.

Once again, this should not be a case of evangelical hubris. The true evangelical does not say, with the Pharisee, “Lord, I thank you that I am not like others,” but with the publican, “Lord, be gracious unto me, a sinner” (Luke 18:10–14).

Thomas Schirrmacher, Associate General Secretary of the World Evangelical Alliance, is responsible for the WEA’s ecumenical contacts at the global level. He is considered a friend of Pope Francis and has discussed the subject of abuse several times with the Pope, as well as with the head and representatives of the Congregation for the Doctrine of the Faith at the Vatican. 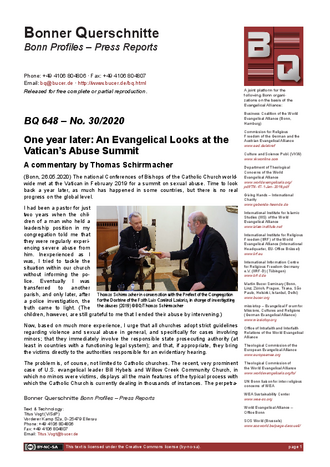 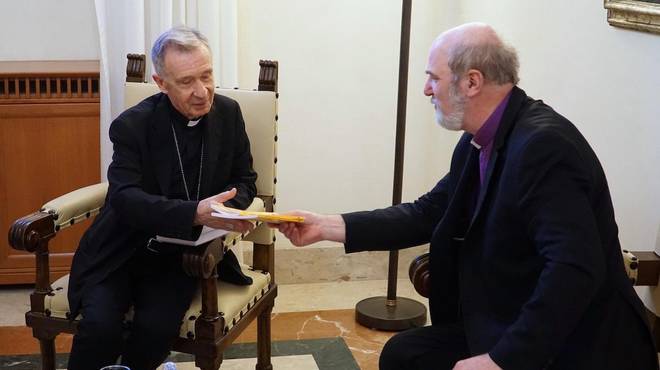 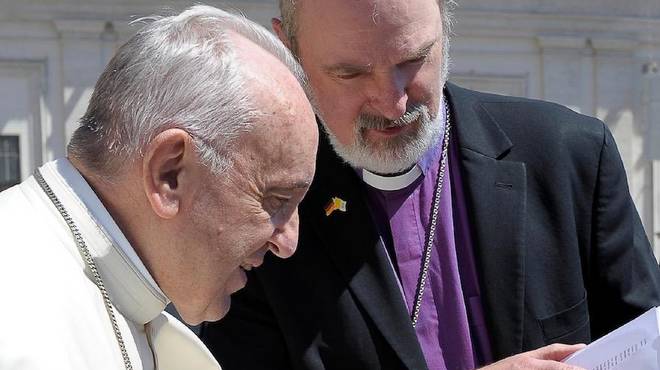 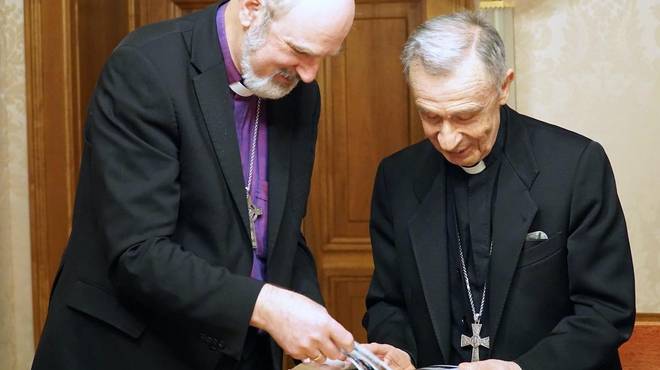