WEA at the Vatican

Engaging with Muslim and Jewish Counterparts on behalf of Religious Freedom

(Bonn, 23.03.2020) The World Evangelical Alliance (WEA) was represented at the Vatican by Prof. Dr. Thomas K. Johnson at meetings of 25 Jewish, Muslim, and Christian leaders, addressing the issues of religiously motivated conflict and persecution. The meetings were called by the Multi-Faith Neighbors Network and the U.S. State Department Office of International Religious Freedom at the Vatican Gregorian University, assisted by multiple departments of the Vatican. The group also visited Pope Francis to discuss those matters. 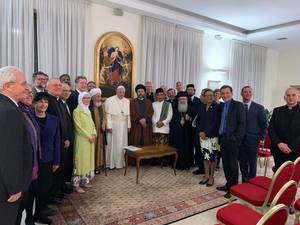 In the words of Sam Brownback, United States Ambassador-at-Large for International Religious Freedom, in an interview with Religious News Service, “I think the world is crying for this movement,” adding that even though the world might not want to talk about religion, the matter cannot be ignored. “If we’d involved the religious actors 30 years ago in the Middle East peace negotiations and discussions, saying ‘OK, this is what we are thinking about, what do you think? Help us build the peace,’ we might be somewhere today,” he said. “We still don’t have peace in the Middle East and the prospects don’t look particularly good.”

The meeting and following efforts envision multi-faith interventions wherever religions are contributing to hostility and violence, rather than contributing to the well-being of peoples and communities. In particular, the religions represented committed themselves in a brief statement:

“To focus such efforts towards those wracked by conflicts and carnage, where possible, by sending teams to one or two areas not yet served by multi-faith efforts to help spur and guide towards peace.”

“To advocate before our political and civic leaders to use these values of religious freedom, civic equality, and societal change of differences as a foundation of laws, policies, and civic norms.” 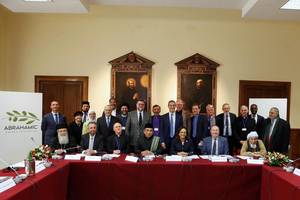 Dr. Johnson participated in this effort in two roles. As the WEA Special Envoy to the Vatican he represents Evangelical Christians at meetings of the different departments of the Vatican; as engaged with WEA interreligious programme he worked especially with Kyai Haji Yahya Cholil Staquf, Secretary General of the Indonesian Nahdlatul Ulama (NU), the world’s largest Muslim organization, to bring the UN definition of religious freedom into the discussions. These organizational representatives of the major monotheistic religions are now jointly on record affirming article 18 of the 1948 UN Universal Declaration of Human Rights, “Everyone has the right to freedom of thought, conscience, and religion.”

Afterwards Dr. Johnson commented, “The reduction of religious persecution and religiously motivated violence is dependent on the results of a global re-think of the relations between religious communities and nation-states. Until a century or less ago, our Christian churches inadvertently contributed to terrible wars, such as World War I, by the way in which the churches related to the major powers. In the horrendous battles of that war, most of the soldiers on both sides thought they were fighting for God against godless enemies, not knowing they could have recited the Lord’s Prayer together with the soldiers they were killing. Afterwards Christians slowly reconsidered everything regarding church/state relations.”

“This group could play a vital role in leading this sort of re-think on a global level within and between religions, especially where there are tensions and violence. Protection of robustly defined freedom of religion is crucial, since this protection brings the expectation that people of various religions can be good citizens in the same nation and that another religion or nation is not an embodiment of evil. In order for this to become a reality, support for freedom of religion must come from the leaders of all the religious communities.” 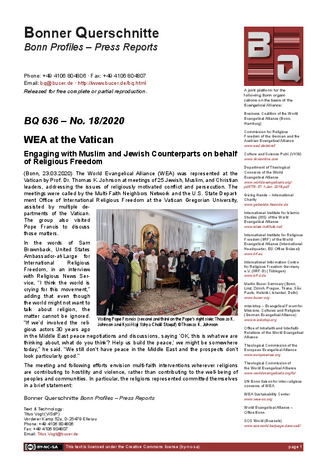 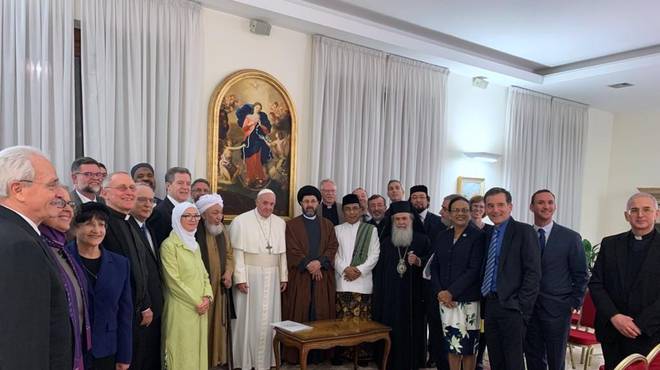 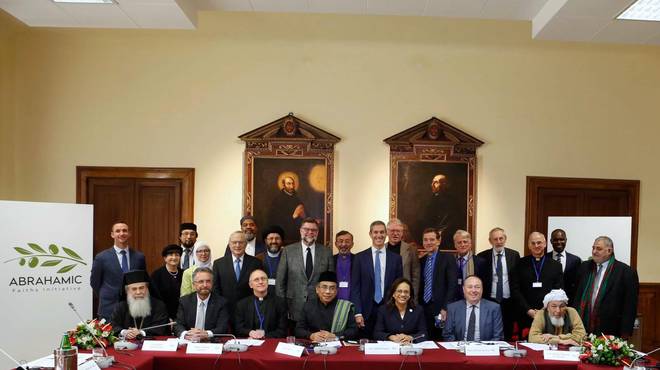