(Bonn, 18.03.2021) The International Institute for Religious Freedom (IIRF) is pleased to announce the opening of a new branch in Vancouver in partnership with Trinity Western Universityâs (TWU) Religion in Canada Institute (RCI). The new office will be led by Prof. Dr. Janet Epp-Buckingham and focus on the religious freedom situation in North America covering the fifth global region. 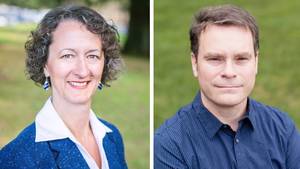 Prof. Dr. Christof Sauer, one of the founding directors of the IIRF, commented: âWe are excited that the partnership with the RCI adds a new office to IIRF for a major global region. At the time of the founding of IIRF in 2006, we started with a footprint in Europe, Africa and Asia and in 2017 a Latin America Office was added. It was high time to now add a permanent North American representation.â

Under the auspices of the World Evangelical Alliance (WEA), the IIRF is a network of professors, researchers, academics, specialists and university institutions from all continents. Local chapters work to analyze reliable data on the violation of religious freedom worldwide. They also seek to introduce religious freedom topics in college and university programs and curricula, especially in the areas of law, sociology, religious studies and theology. IIRF is the publisher of the International Journal for Religious Freedom (IJRF). The new Vancouver location (IIRF-V) will join branches in Brussels, Colombo, Delhi, Cape Town, Brasilia and TÃ¼bingen.

The partnership to establish the IIRF-V was formalized with a Memorandum of Understanding with TWUâs RCI, an interdisciplinary research center and intellectual community of scholars at Trinity Western committed to understanding the multifaceted role of religion in Canada for culture, individuals, and social institutions. It is an official university institute that was founded in 2007 and is run by co-directors TWU professors Janet Epp Buckingham and Paul Rowe. 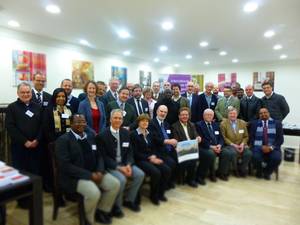 âThe study of religious freedom has entered a pivotal phase, in which scholars have begun to debate how essential and important this key freedom is for contemporary societies,â said Rowe. âAt this point in history, it is vital that people of faith learn to articulate why religious freedom is so important and what it means to the larger expansion of freedom in North America and throughout the world.â

âThe affiliation with the IIRF will expand our research network and capacity on issues of religious freedom for minorities around the world,â commented Buckingham, who was also recently appointed as WEAâs Director Designate for Global Advocacy. âWe are now connected to a global network of scholars on religious freedom.â

Upon Buckinghamâs appointment, Dr. Sauer commented: âWe are very happy that Prof. Dr. Janet Epp Buckingham will represent the IIRF Vancouver office. She is a long-standing and trusted partner of IIRF, having first published in the International Journal for Religious Freedom (IJRF) in 2011. She stood out by publishing a summary of the first International Consultation on Religious Freedom Research in 2013 initiated by IIRF. In 2019 she took over as managing editor of the IJRF. We appreciate her success in reviving the journal.â

âPaul Rowe also is no stranger to IIRF, having published in IJRF in 2014 as a renowned expert on the Middle East,â Sauer added, and said: âWe are looking forward to partner with scholars in North America who are willing to engage with those in other parts of the world on an equal footing.â 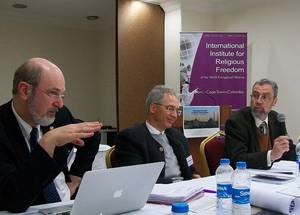 Prof. Dr. Thomas Schirrmacher who served as Director of the IIRF and now assumed leadership of the WEA as Secretary General expressed his appreciation for the partnership, which will strengthen the WEAâs overall engagement in the area of religious freedom.

âThe WEA has now bundled its advocacy activities into one department. Our work to help the persecuted church, our religious freedom institutions and human rights advocacy, all our UN offices in New York, Geneva and Bonn, come together under Global Advocacy. These institutions and activities have diverse histories in different departments and contributed in their own unique ways, and the new structural set up will strengthen them as they will benefit from more direct collaboration,â Schirrmacher said, and added: âOver the last three decades, Janet Epp Buckingham has been involved with most of those and thus is well equipped to form a unity out of a vibrant staff and busy organizations. She brings experience in advocacy for her own national Alliance, representing the WEA at the UN and was also involved in global campaigns.â 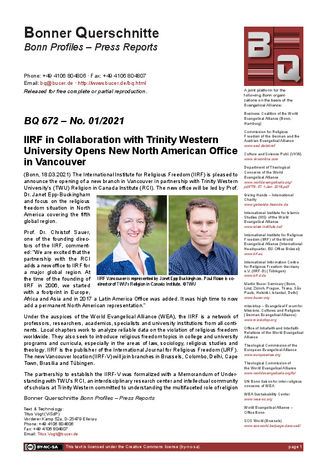 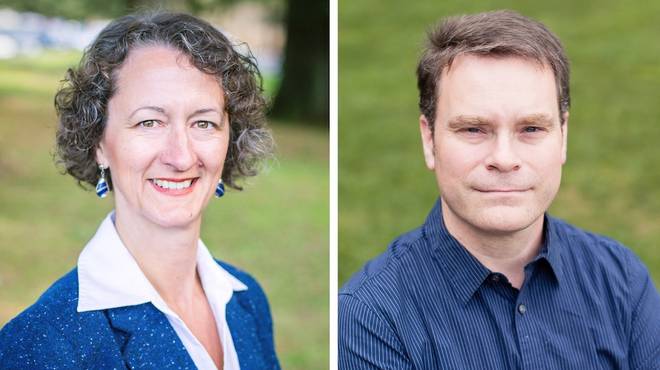 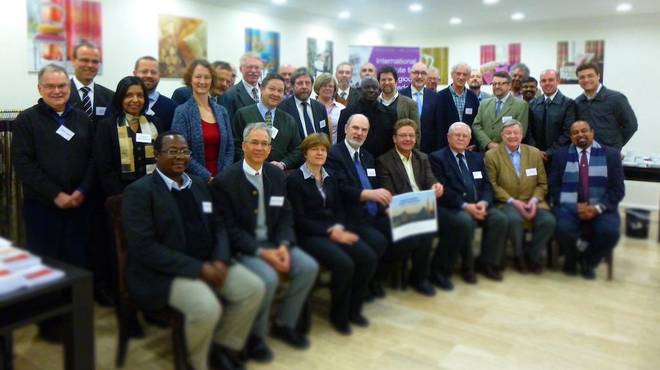 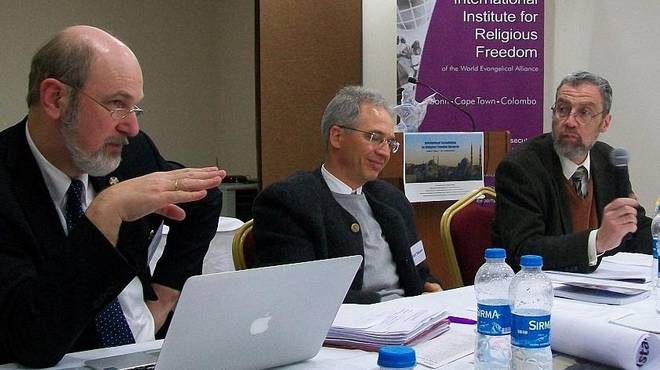 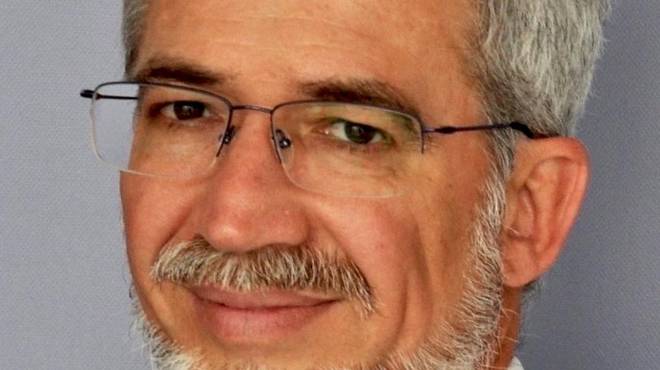