(Bonn, 27.08.2019) During his visit to the World Council of Churches (WCC) in Geneva on the occasion of its 70th anniversary, Pope Francis, along with many kind words, urged the WCC to once again prioritize the task of evangelism and mission. Evangelism and ecumenical unity belonged together in the founding of the WCC and it remains true that there is no genuine unity of churches without the concern that all people should hear the gospel. 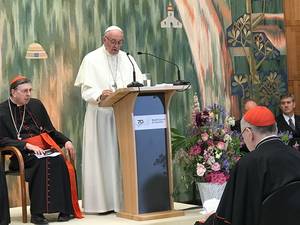 I sat three meters from the lectern, when the Pope said those surprising words (see photo), yet I had to wait until now, as now everything has been published and translated. The World Evangelical Alliance (WEA) could not have said it more clearly. In all friendship and in the knowledge that the WCC is taking mission seriously again and that the WCC mission commission in its latest mission document of 2012/2013 gives a prominent place to the term ‘evangelism,’ one can only agree with the Pope’s concern.

But the WEA does not state this triumphantly, but also in parts self-critically, since for us also the question arises, whether the evangelistic momentum to mission, as it brought together the alliances 1846 and 1951, is indeed still formative today—especially in Europe. For example, the increasing number of Muslims in Europe is discussed politically and critically rather than practicing hospitality and inviting Muslim families to our homes.

The Pope has not so much criticized many issues in a pointed way, but rather hinted at them. But it is worthwhile listing these hints, because in Rome one obviously knows very well what is going on. 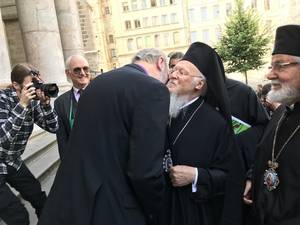 What the Pope rejects or criticizes:

On the other hand: 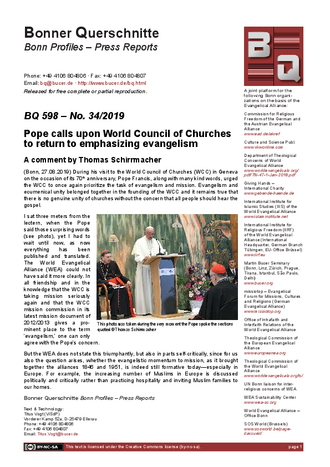