Christians do not have to adapt to society

(Bonn (IDEA), 01.07.2022) Christian communities do not have to adapt to society. This view was expressed by the chairman of the evangelism movement proChrist, the theologian and linguist Prof. Roland Werner (Marburg), at the anniversary celebration “25 plus 1” of the Martin Bucer Seminary (MBS/Bonn). The event took place on June 11 in the rooms of the FeG Bonn. 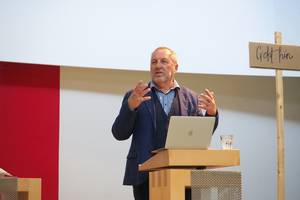 Werner gave a lecture entitled “Against the Current – What We Can Learn from the Christians of the Early Church”. The situation of today’s Christians is becoming more and more similar to that of the early church, he said. Because of ongoing secularization, they can no longer rely on the support of the state. Instead, they must once again convince people through words and deeds. The early Christians, as a small minority, had fundamentally changed the huge Roman Empire within a few generations, he said. They had succeeded in doing so, among other things, through their clear commitment to Jesus Christ.

In addition, their way of life differed recognizably from their environment, for example, in their sexual ethics. Although they were open to everyone, they required their members to make a consistent decision for Jesus. Today, he said, we again need strong Christian communities that are recognizable instead of adapting to society.

The Rector of the MBS and President of the European Evangelical Alliance, Rev. Frank Hinkelmann (Petzenkirchen/Austria), said at the event: “Christians change society where they live their faith with conviction.” For this, he said, it is not necessary that they consciously aim to change society. 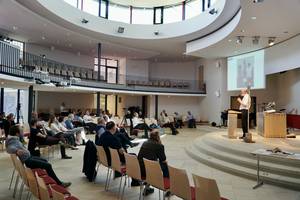 The former rector of MBS and current General Secretary of the World Evangelical Alliance, Prof. Thomas Schirrmacher (Bonn), said that the training of Christian leaders is more important today than ever before. Worldwide, an estimated one million new Christian leaders are needed each year.

At the event, Alexander Schick (Westerland/Sylt), an expert on old Bible and manuscript finds, presented valuable original Bible prints from the Reformation period. He gave a lecture on the significance of the Bible translation by the reformer Martin Luther (1483–1546). Even before Luther’s Bible appeared, there had been several German Bible translations, but it was Luther’s linguistic genius that made the Holy Scriptures a “people’s book,” Schick said. 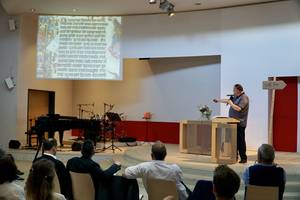 The Martin Bucer Seminary was founded in 1996. It is named after the Strasbourg reformer Martin Bucer (1491–1551). It offers part-time mission and practice-oriented theological education as an alternative to the study of theology at state universities. Since its founding, 171 students have graduated with a bachelor’s or master’s degree in Protestant theology. Many of the graduates work as pastors in free-church congregations, in church-planting projects and in Christian youth work.

The study fee is 180 euros per month. The seminary runs theological study centers in Berlin, Bielefeld, Bonn, Chemnitz, Hamburg, Munich and Pforzheim, as well as in Switzerland, Turkey, Albania and Finland. About 180 people study at the centers. The dean (director) is Titus Vogt (Hamburg), a lecturer and publicist. 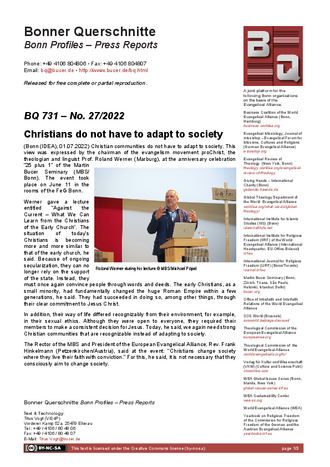 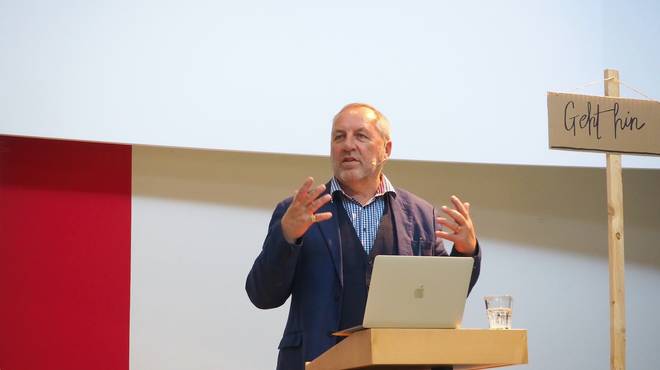 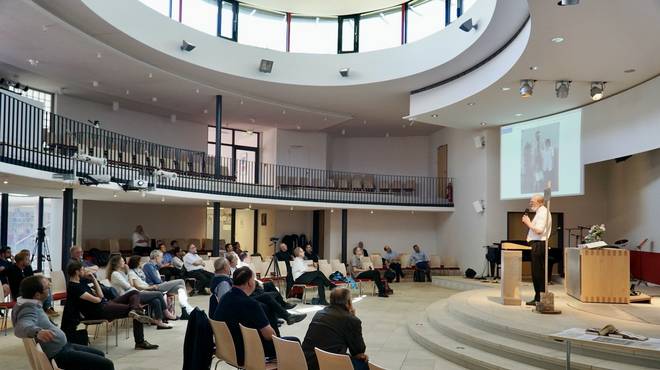 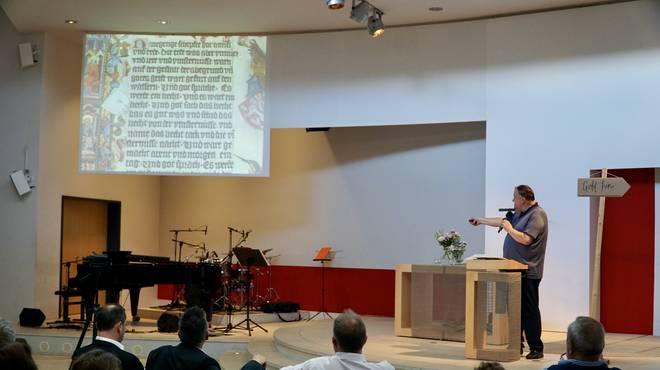 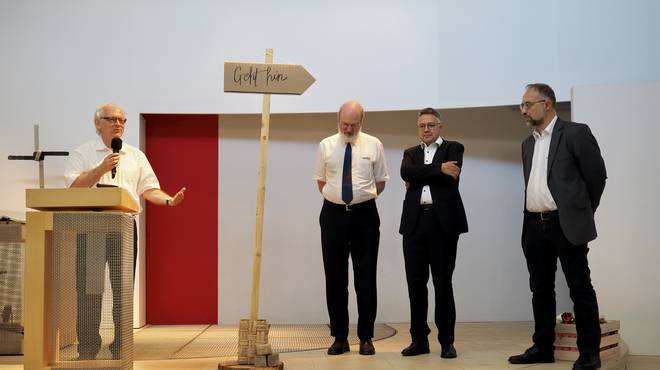