Schirrmacher congratulates his “fatherly friend” on the Hemmerle Prize 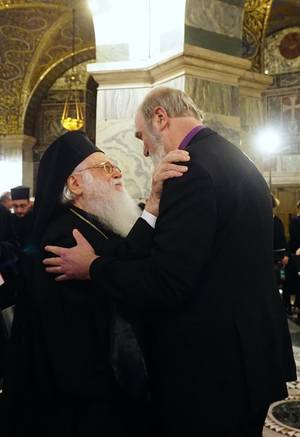 (Bonn, 06.04.2020) Thomas Schirrmacher congratulated the head of the Autocephalous Orthodox Church of Albania, Anastasios Yannoulatos (90), upon receiving the 2020 Klaus Hemmerle Prize and described him as one of the most important living missions and religious studies scholars. “Not only has he written important mission’s writings for 50 years. He has also brought missionary theology back into the Orthodox Church,” Schirrmacher said. The fact that he himself rebuilt the church in Albania from nothing over the course of three decades as a missionary and pastor demonstrates the deep conviction out of which he wrote. Schirrmacher holds Anastasios to be a “fatherly friend” and his calling a stroke of good fortune for all of Albania.

The Focolare Movement’s award was presented to the Archbishop of Tirana and head of the largest church in Albania in the famous Aachen Cathedral built by Charlemagne in 803 AD. The local Catholic Bishop Helmut Dieser emphasized Yannoulatos’ role as a pioneer in ecumenism and inter-religious dialogue. He said that the prize-winner has “brought people together, made them able to speak to each other, and built bridges.”

In his tribute, the “ecumenical minister” of the Vatican (“President of the Pontifical Council for Propagating Christian Unity”), Cardinal Kurt Koch, praised the missionary work of the prize winner. “We need spiritual vitamin injections, which we find convincingly in you,” he said in addressing Yannoulatos. Koch also emphasized his role in the reconstruction of the Autocephalous Orthodox Church of Albania after communism. 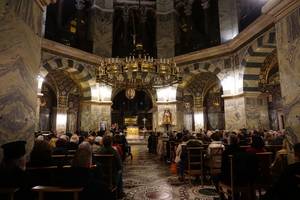 Archbishop Yannoulatos comes from Greece. He worked as a missionary and peacemaker in Africa. In 1991, he was sent to Albania to rebuild the destroyed Autocephalous Orthodox Church after years of rigid state-sanctioned atheism. In 1992 Yannoulatos was appointed Archbishop of Tirana, Durres, and all of Albania by the Ecumenical Patriarch Bartholomew.

The prize, which was awarded for the ninth time, commemorates the former Bishop of Aachen, Klaus Hemmerle (1929–1994). According to the Focolare Movement, it honors “personalities who, as bridge-builders, promote dialogue between churches, religions, and world views.” The non-monetary prize is awarded every two years. In 2018 it went to the former state rabbi Henry G. Brandt.

The ecumenical Focolare Movement, of which Hemmerle was a member, was founded by Chiara Lubich in Trento in 1943. This religious lay group, with about 120,000 members in 180 countries worldwide, wants to bring unity and fraternity into churches and society. 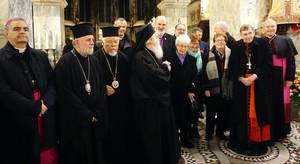 The jury justified its decision with reference to this very commitment as a faith worker in a communist-atheist country and praised his commitment in the dialogue between Muslims and Christians and in his constant mediation between Christian churches.

His tireless commitment to education, health, development, and in particular to young people in Albania has also helped the convinced European gain a reputation as an intermediary in Albania’s integration into a united Europe. 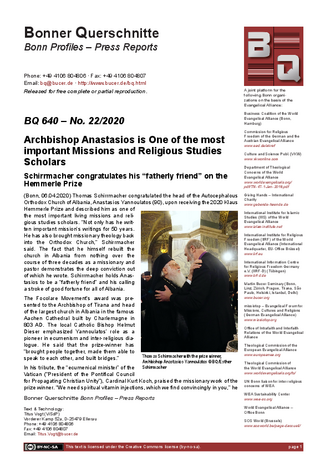 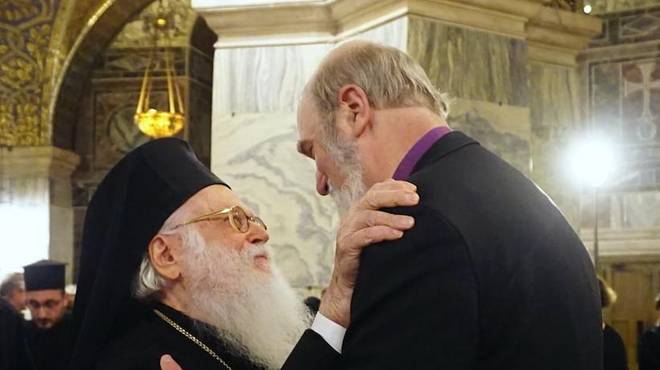 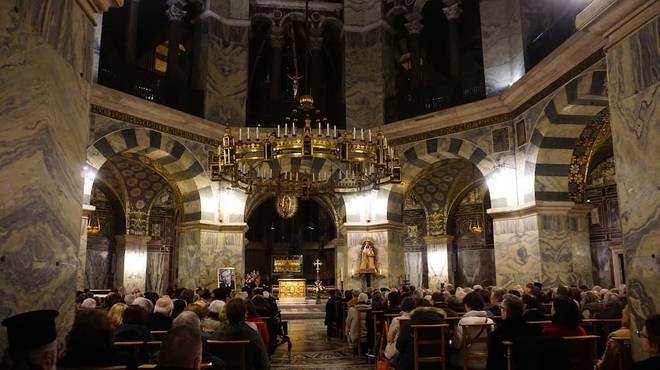 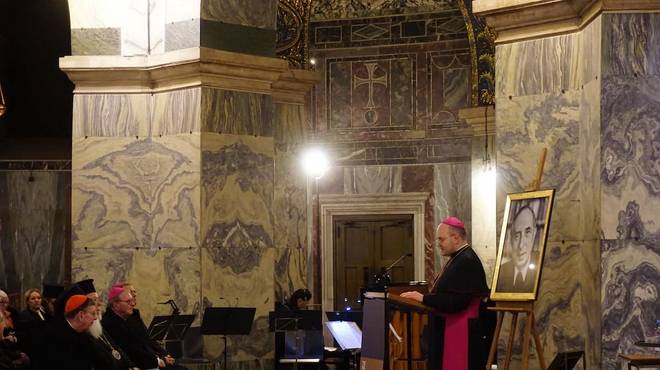 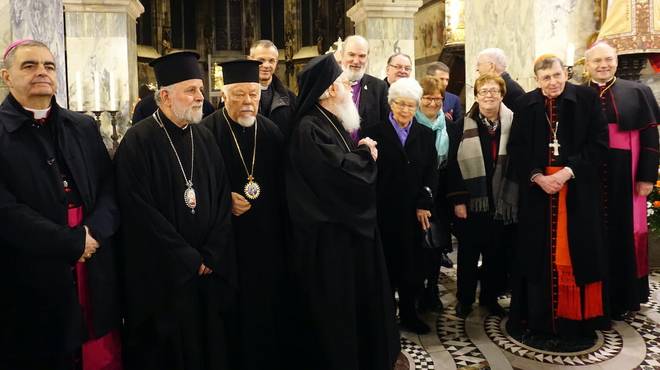 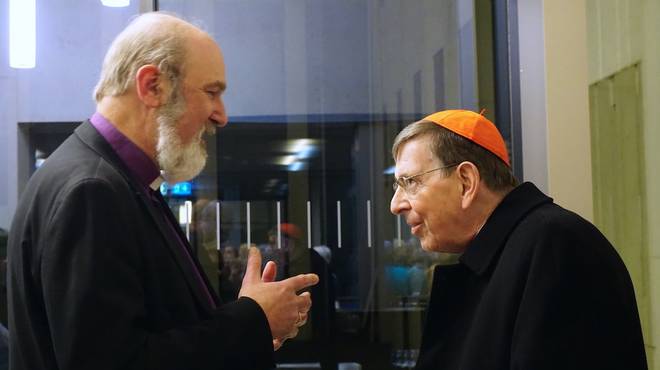 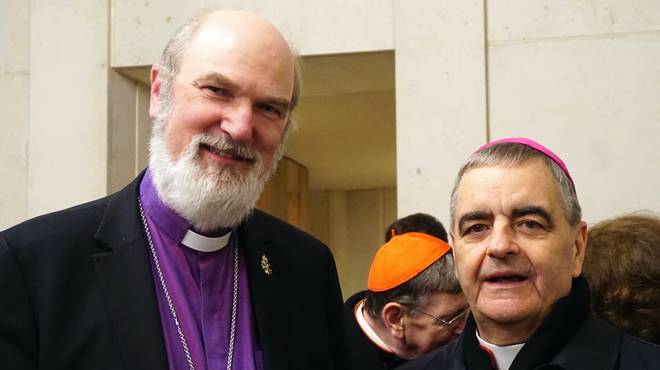 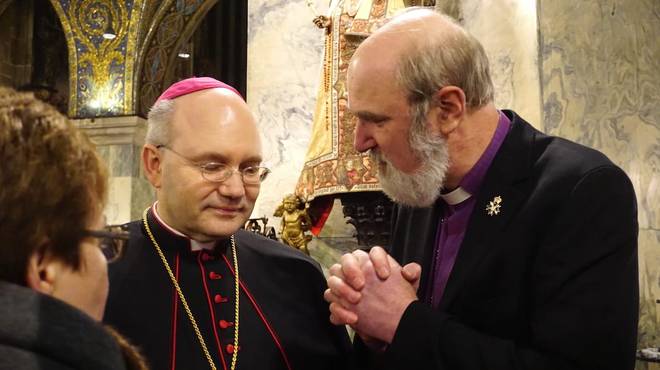 Thomas Schirrmacher in discussion with the Bishop of Aachen, Helmut Diener © BQ/Esther Schirrmacher