(Bonn, 19.01.2022) The World Evangelical Alliance (WEA) joins the New Zealand Christian Network (NZCN) and the South Pacific Evangelical Alliance (SPEA) in mourning the passing of Glyn Carpenter past month. He served as the National Director of the NZCN for many years and also represented the South Pacific region within the WEA at global meetings. 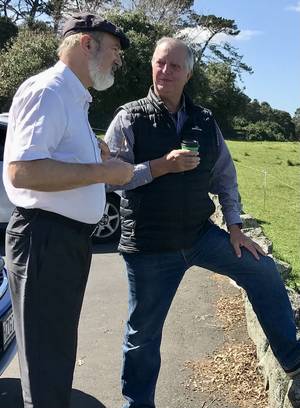 “Originally coming from the business world, Glyn was always pushing for Evangelicals to overcome the Sunday/Monday divide and pushed the theology department of WEA to make sure that the priesthood of all believers is at the heart of our theology,” said Bishop Dr. Thomas Schirrmacher, Secretary General of the WEA, and added: “His passing is a great loss to my wife and myself, a great loss to the Church in New Zealand and great loss to the World Evangelical Alliance where he brought in the perspectives from the South Pacific – a region that some people feel is far away, yet it covers one third of our globe.”

“Glyn will be missed dearly throughout the South Pacific Evangelical Region – New Zealand, Australia, Papua New Guinea and friends of the South Pacific have lost a faithful servant leader who worked tirelessly to develop relations amongst small island nations to become involved and receive the benefits of the Evangelical witness and message,” said Rachel Afeaki-Taumoepeau, WEA South Pacific Regional General Secretary, and added: “To many he was a brother in Christ, a wise mentor and a peace maker in challenging times who passionately loved the Lord.”

The NZCN wrote an honoring tribute to Glyn Carpenter

Glyn very capably served as National Director of NZCN from 2003 to early 2017. Coming to Christ as an adult, Glyn was a man of convinced Christian faith. He had a strong Gospel focus, and a keen social conscience. 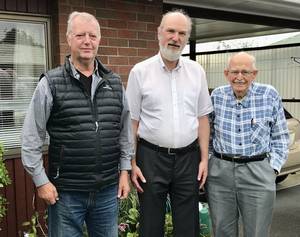 Glyn was personable, a superb networker, and was well-known among a great many Christians the length and breadth of New Zealand. He had a gift for connecting people, and for getting them to work together on important projects. He was always eager that the church in New Zealand should conduct itself well in a secularizing and in-creasingly un-Christian society, and had a heart for Christians to work together well, and for reconciliation. Glyn was well-read, thought matters through deeply, and had a good eye for different sides of various issues. He was not afraid at times to speak up for a minority viewpoint.

Glyn became closely involved in the National Church Leaders’ ga-therings, where his wisdom and bridge-building was much valued. Glyn was also very supportive of New Zealand’s bi-cultural journey. He vigorously supported the Te Rongopai video documentary, and was also the driving force behind the Gospel Bicentenary Statement. Glyn’s thoughtfulness, networking skills, and wide vision also saw him become very involved internationally, through the World Evangelical Alliance as the Secretary General of the South Pacific.

Finally, the strength of Glyn’s Christian faith and character shone through as he bravely and prayerfully fought terminal cancer. We know he is now with the Lord, and Christine and family are in our prayers. 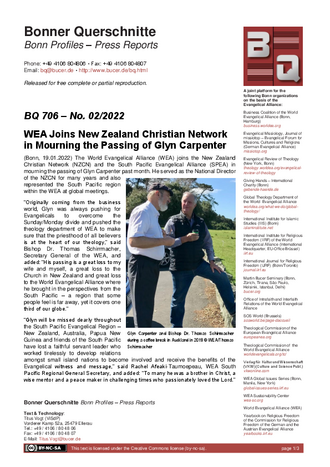 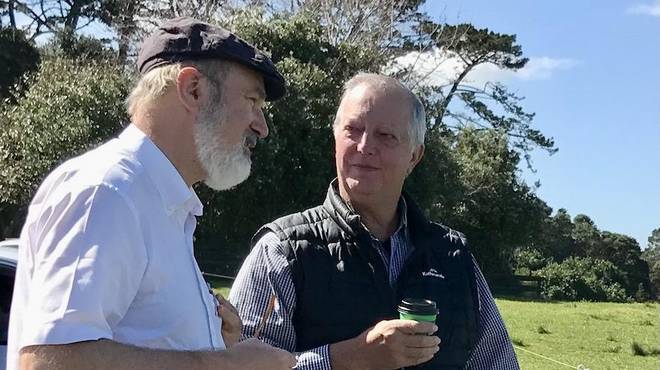 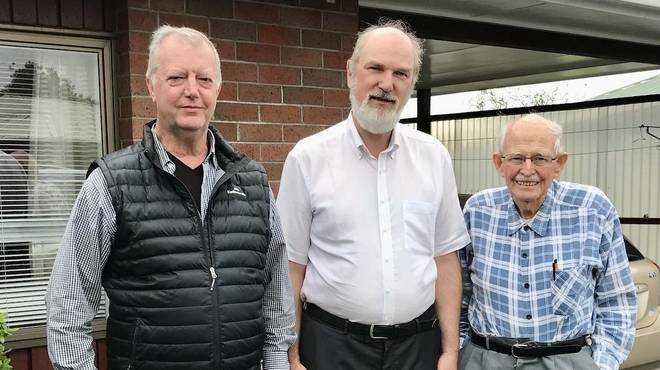