Schirrmacher calls for the goals of Islamic terrorists to be taken seriously and laments the unwillingness of politicians to provide adequate human and financial resources for cyber security.

(Bonn, 04.05.2015) Under the title “Cyber-Jihad – Goals, Dimensions, Structures and Combating a Global Challenge,” the Hanns Seidel Foundation, in cooperation with the Central Council of Oriental Christians in Germany, invited participation in an international expert conference held at the Bavarian Wildbad Kreuth. In his opening address to numerous representatives from politics, business, the military, and academia, Prof. Dr. Thomas Schirrmacher analyzed the close connection between cyber warfare and the real persecution of Christians and other religious minorities in the Middle East: “The oppression of religious minorities is part of the DNA of fundamentalist movements and is therefore always a part of Cyber-Jihad.” In pointing out the declared goal of the terrorist organization “Islamic State” to expel all Christians and non-Sunnites from their homelands in the Middle East, the Director of the International Institute for Religious Freedom and President of the International Society of Human Rights made the following appeal: “Do not take the content of fundamentalists’ ideology seriously and then simply think that their goals cannot be realized anyway.” 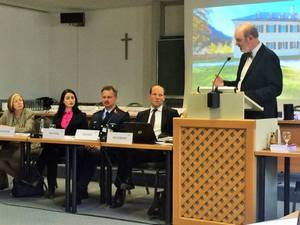 Already in the 1930s, numerous contemporaries had completely underestimated Hitler’s long-known goals, such as the annihilation of European Jews or the defeat of the Soviet Union, and dismissed them as unrealizable. “Ideas have consequences” was Schirrmacher’s stated urgent warning. In the 1920s, the ideological foundations of modern Islamism had been laid by the Pakistani scholar Maududi and the Egyptian Muslim Brotherhood, always with recourse to an allegedly glorious past (the unity of state and religion under the Prophet Mohammed) and directed against the image of an enemy in religious minorities (all non-Muslims). Schirrmacher made it clear that Islamist extremism should not, however, be understood merely as reactionary and anti-modern: “Fundamentalist movements often resort ideologically to what is old but are themselves less than 100 years old and therefore children of the modern age, using the most modern technology and psychology to achieve their goals,” according to Schirrmacher.

In the Soviet-Afghan War (1979–1989), the self-proclaimed holy warriors discovered the medium of the VHS cassette for their propaganda, switched to the Internet at the end of the 1990s, and presently use Web 2.0 forms of social media such as Facebook, YouTube, Twitter and the like. In this way, the terrorists have been able to reach many millions, primarily young people, in a short span of time, at low cost, and with global reach in order to radicalize, recruit and raise funds for worldwide jihad. Against the backdrop of highly professional propaganda videos of the “Islamic State” and the recent hacker attacks on the French TV5 Monde channel, Schirrmacher summed up by stating that Cyber-Jihad is “the best of the best in terms of technology and advertising psychology”. In order to effectively counter this growing threat, the final appeal to politicians was that “significantly more money and personnel must be invested to conduct cyber combat against terrorist movements.” 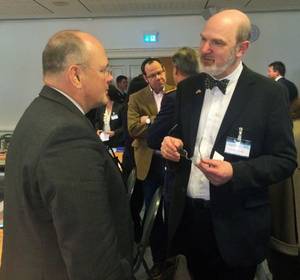 Schirrmacher’s call found broad agreement among the conference participants. Following this, Arne Schönbohm, President of the German Cyber Security Council, cited the examples of the USA, Israel and Great Britain – states that have provided many times more resources for cyber defense and have formed the spearhead of the Western world in this field. On the other hand, according to Schönbohm, Germany is only “conditionally ready for defence.” His recommendation to those politically responsible was: “Talk less, do more!” Lieutenant General Peter Schelzig, the Deputy Inspector General of the Bundeswehr, also agreed with the analysis, even though he pointed out that the Bundeswehr’s self-protection was better than the Federal Republic of Germany’s readiness to defend itself.

In her welcoming address at the beginning of the Conference, Prof. Dr. Ursula Männle, a former Minister of State and Chairwoman of the Hanns Seidel Foundation, pointed out the tension between freedom and security. She expressed the idea that the concept of a fortified democracy on the one hand and the constitutional boundaries on the other are opposed to each other. Prof. Männle also praised the good cooperation with the co-organizer of the conference, the Central Council of Oriental Christians in Germany (Zentralrat Orientalischer Christen in Deutschland, or ZOCD), who is and remains an important dialogue partner for Hanns Seidel Foundation.

The former Bavarian state police president Waldemar Kindler, who had witnessed the Olympic assassinations in Munich in 1972, the Red Army Faction (Rote Armee Fraktion, or RAF) terror as well as the Nationalist Socialost Underground (Nationalsozialistischer Untergrund, or NSU) murders during his service, recommended the establishment of a central office for defense against cyber terrorism at the federal level as well as closer cooperation between German security authorities.

The words of Simon Jacob, Chairman of the Central Council of Oriental Christians in Germany, could be regarded as a sobering summary of the conference and at the same time a wake-up call to politicians: “As of yet, we in Europe are not sufficiently prepared for the challenge of Cyber-Jihad.” 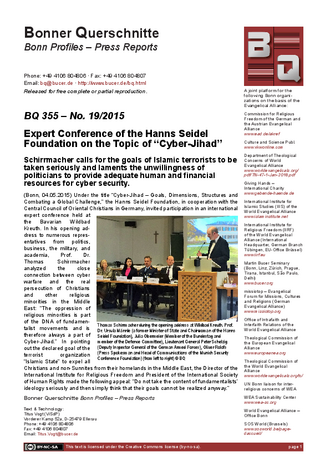 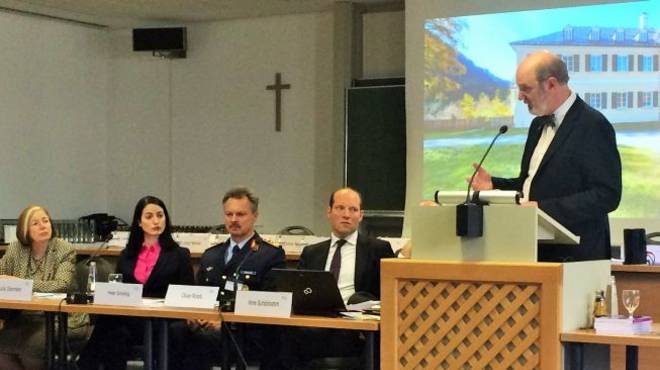 Thomas Schirrmacher during the opening address at Wildbad Kreuth. Prof. Dr. Ursula Männle (a former Minister of State and Chairwoman of the Hanns Seidel Foundation), Julia Obermeier (Member of the Bundestag and member of the Defence Committee), Lieutenant General Peter Schelzig (Deputy Inspector General of the German Armed Forces), Oliver Rolofs (Press Spokesman and Head of Communications of the Munich Security Conference Foundation) (from left to right) © BQ 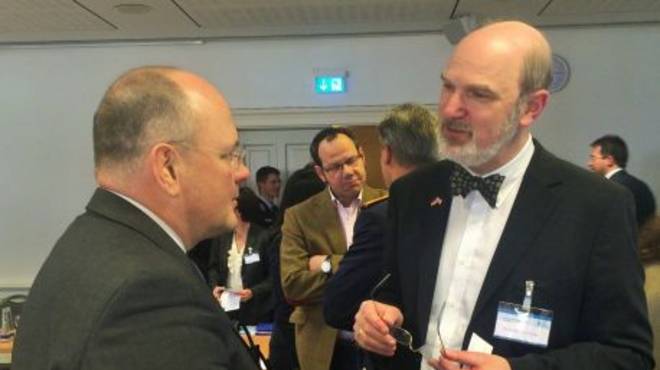 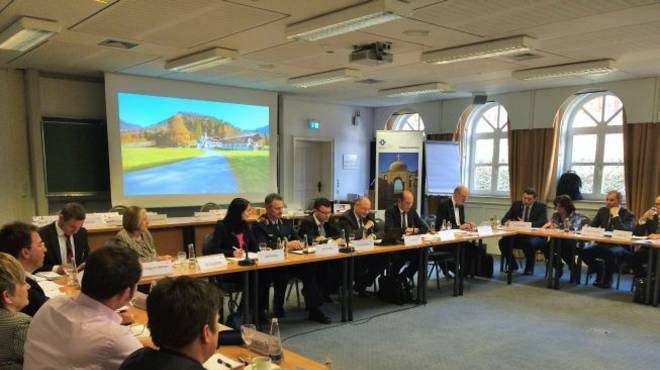 Round of discussions on Cyber-Jihad © BQ