(Bonn, 03.09.2021) The World Evangelical Alliance (WEA) mourns the passing of Ecuadorian pastor, teacher, theologian and missiologist C. René Padilla, who died on April 27. Padilla is widely recognized as one of the most influential voices in global evangelicalism over the last 50 years.

Functioning in a Latin American context marked by the emergence of revolutionary strains of liberation theology, Padilla developed beginning in the 1950s the paradigm known as integral or holistic mission, which asserted the centrality of pursuing social justice within evangelical theology. 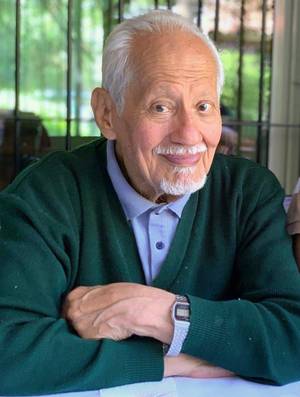 Padilla’s daughter, Ruth Padilla DeBorst, noted that “the answers articulated by people in other latitudes did not satisfy” her father’s vision for a Christian faith relevant to the most urgent issues on his continent. Instead, working with colleagues Samuel Escobar and Pedro Arana, he worked “to generate a theology from and for the Latin American context, a theology that would respond holistically from the Gospel to the pressing realities around them.”

Padilla founded or influenced the social-justice engagement of numerous prominent evangelical organizations, including the International Fellowship for Mission as Transformation (INFEMIT), the Lausanne Movement, Micah Global, and Tearfund.

Former Director of Micah Global Sheryl Haw described Padilla as “a visionary leader who shared that if the local church believed that Jesus Christ is the Lord of everyone and everything, and then lived out that truth in their daily lives, transformation would be evident in all aspects of life. René’s teaching, life example and friendship has been catalyst for Micah Global’s ministry and service. He has impacted my life and I am deeply honored to have known him.”

WEA Secretary General Thomas Schirrmacher recalled his interaction with Padilla at the Lausanne Movement’s Cape Town conference in 2010: “For me, it felt as if I was talking to the church fathers! René shaped the thinking of many in my generation. At a time when evangelicalism was still dominated by rich Western countries, he paved the way for the church in poorer countries—a church often discriminated against and suppressed yet not falling into a victim mindset, but rather wanting to transform the world for Jesus. René taught us that the church does not exist to fit nicely into a rich world, but always keeps an element of a counterculture. He helped us to understand that the evil patterns present in this world are not just individual, private sins and shortcomings but include structural injustices as well. And most importantly, he not only formulated an ambitious agenda regarding whether we are really living up to God’s will as described in Scripture, but he lived it out himself. We thank René for willingly taking the heat over decades of discussions, and we thank the Holy Spirit for planting René’s vision into the heart of many.”

Escobar, probably Padilla’s closest colleague, described him as “a theologian who responded to his time,” noting that they were confronting a Latin America torn by revolutions and guerrilla warfare and then, as their influence expanded globally, coming alongside Asian and African churches still emerging from the colonial period. “Only by understanding the historical moment and the decision to face it creatively can we understand the Lausanne Covenant and the response to it,” Escobar stated.

“René Padilla courageously challenged core assumptions of a global evangelical church disproportionately influenced by industrial Western values and a fragmented and polarized missions enterprise,” said Jay Matenga, executive director of the WEA’s Mission Commission. “His prophetic challenges will awaken visions for a better world for generations to come. There is no turning back on integral mission now—our awareness has been awakened.”

Added former Mission Commission executive director David Ruiz, “René Padilla went beyond our boundaries when he spoke about this new, emerging paradigm from Latin America at the Lausanne Congress in 1974 and provoked, along with his friend Samuel Escobar, a change of direction of the global church and global mission from there. But beyond the theologian and thinker, he was a humble man, a good friend who inspired me in my journey with his personal remarks, challenges and friendship.”

Toward the end of his life, Padilla served for over a decade as general editor of his masterpiece, the ‘Comentario Bíblico Contemporáneo’ (Contemporary Bible Commentary), published in 2019 with contributions from more than 100 authors. “It was a huge undertaking and we faced many obstacles and challenges, but through it all, René’s grace and humble nature were guides for all of us,” said Rosalee Velloso Ewell, executive director of the WEA Theological Commission, who was New Testament editor for the project. “This unique volume was the product of René’s dream and prayers. May we all learn to dream big and to trust in God for such dreams as René did.”

Padilla was active within the WEA for over 40 years. His daughter, DeBorst, continues his legacy as a frequent WEA representative in global engagements.