(Bonn, 14.01.2020) In her speech at the conference “Extremism, Ideology and Violence” at the Protestant Academy Hofgeismar, the Professor of Islamic Studies in Bonn and Leuven, Christine Schirrmacher, took the view that suicide bombings primarily aim at enforcing political goals though they are religiously branded. “When Islamist movements declare suicide bombings and martyrdom as a religious duty derived from early Islam, it is essentially about political claims to power that are religiously disguised,” Schirrmacher said literally. 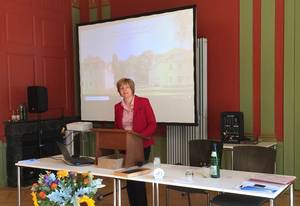 In her lecture “Ideological justifications of suicide attacks and martyrdom in Islamist movements of the present time as ‘struggle on the path of God’” Schirrmacher, who regularly advises federal authorities and politicians in matters of Islam and Islamism, took the view that Islamists do not put traditional Islamic theology into practice, but rather make up their own doctrine.

According to Schirrmacher, in the Quran the term “shahid” (witness) does occupy only a marginal position in the sense of the “martyr”. The question as to who is to be regarded as a martyr and who just commits suicide which is condemned outrightly by a majority of Islamic theologians has been controversially discussed for centuries. To actively seek martyrdom or even to make it the criterion of belief and unbelief is to this day condemned by most Muslim theologians.

Schirrmacher pointed out that martyrdom in the 20th century in the Middle East was first installed by secular nationalist movements. Only due to their success suicide attacks were adopted by Islamist groups and, with the benefit of hindsight, theologically upgraded and declared to be a religious duty. 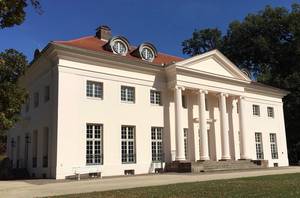 Schirrmacher continues: Although Islamist movements adorned themselves with the labels of rigorous orthodoxy, theological thoroughness, and purist austerity, they in fact liberalized theology and reinterpreted classical theological concepts. “Thus they give women permission to go to war (as recently did IS) and to carry out martyr operations themselves which was both condemned by classical Islamic theology,” said Schirrmacher.

Christine Schirrmacher had already given a lecture on Islamism at the Protestant Academy Hofgeismar in 2017. At the conference “Islamist Terror – Challenge for the Free Society” she lectured on “al-Qaida, Salafism and the Islamic State (IS): Historical, political and theological reasons for their attractiveness in the Middle East and Europe”. 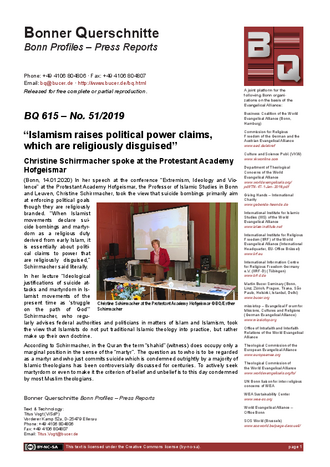 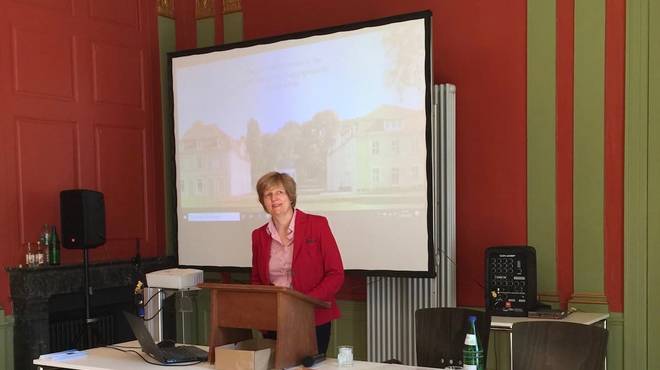 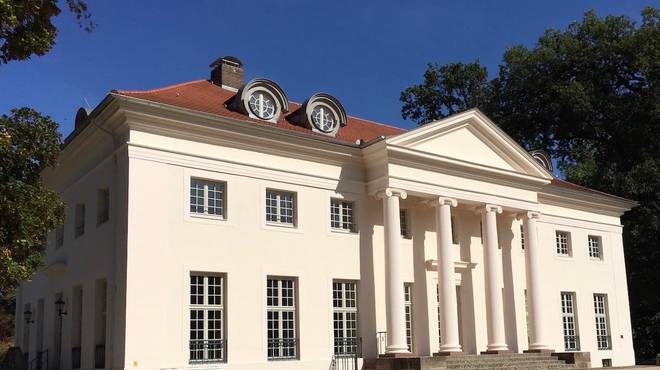 The Schönburg Palace, venue of the conference © BQ/Esther Schirrmacher 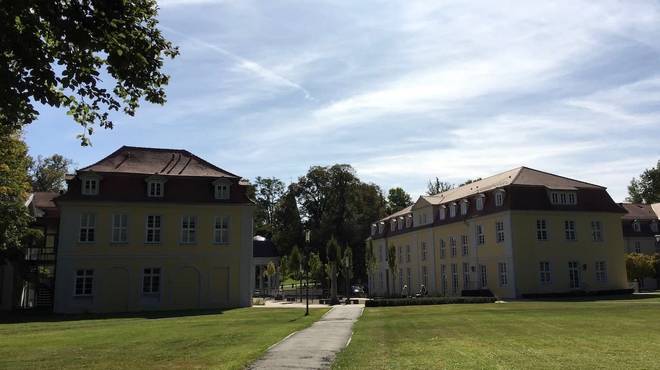 The Protestant Academy Hofgeismar seen from the park © BQ/Esther Schirrmacher