Family Synod: “The hardest is yet to come”

With kind permission we have taken two interviews from pro-Medienmagazin.

(Bonn, 15.10.2015) The Vatican is currently hosting the Family Synod. Thomas Schirrmacher, Head of the Theological Commission of the World Evangelical Alliance, is the only German Protestant present and takes stock for pro.

pro: At first you feared the formation of camps. What is the mood at the synod now? 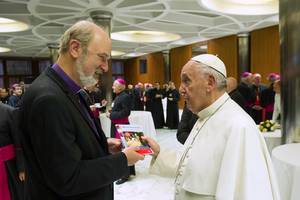 Thomas Schirrmacher: I am not observing camp formation in the classical sense, even if there are content-related positions that are irreconcilably opposed to each other, such as the admission of remarried divorcees to communion. Homosexuality and gender main-streaming are also controversial issues. Gender ideology, for example, is repeatedly condemned, but it is differentiated. It is rejected that an individual can change one’s sex according to fancy. However, it is recognized that there are rare biological cases of intersexuality and that society can form gender images, for example when in Africa a woman without children does not count for anything.

pro: How openly are such sensitive issues discussed at the Synod?

Thomas Schirrmacher: The Pope expressly wants everyone to say openly what they think. It took a week for the delegates to really dare to put this into practice. There are difficult questions on the table about which opinions are openly and honestly exchanged. That was not the case under Pope Benedict, and at Francis’ 2013 Synod nobody dared to make use of this new freedom of speech. When opinions differ, there is no incredulous head-shaking but intensive listening in order to understand each other.

pro: Do you have an example of this?

If people divorce, then marry again, have children, and these children and young people do not come to church because their parents are not welcome – then this is a situation everyone feels to be painful, whether they want to admit divorced people to communion or not. No one can do away with this and say, “Well, that’s what happens.” Everyone realizes that there have to be ways to solve this.?

pro: To what extent can you contribute your ideas as a representative of Evangelicals?

Thomas Schirrmacher: More forcefully than at any other conference I have experienced so far. The representatives of other denominations are not just decorative accessories. They are really listened to, asked for their opinions, and appreciated. I am here as a guest delegate. However, I am fully integrated. An outsider would not think that I am not a Catholic. 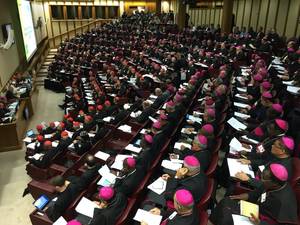 pro: What conclusion do you expect from the Synod?

Thomas Schirrmacher: The first part of the Synod dealt with the description of the situation, and the second part dealt with the doctrine of the Church. Only in the third part will we finally discuss the pastoral application of what has been discussed, and that is the crux of the matter. I assume that the most difficult disputes are still to come.

pro: Thank you very much for the interview.

The questions were asked by Moritz Breckner. (pro)?

As an Evangelical at the Vatican Synod

Thomas Schirrmacher has been participating in the Family Synod in the Vatican since Sunday as Chairman of the Theological Commission of the World Evangelical Alliance. In pro he explains which positions he wants to introduce there.

pro: Why are you, as an Evangelical, present at the Catholic Family Synod?

Thomas Schirrmacher: The synod meeting in the Vatican always invites so-called “fraternal delegates” from other denominations, among them the World Evangelical Alliance. Like everyone else, they have the right to speak and take part in all deliberations. They just do not have the right to vote. Thus, as an ethicist, I am in the middle of the discussion about all questions of marriage and sexual ethics. In addition, however, it is a unique opportunity to get to know very many Catholic dignitaries personally and to give them a first-hand picture of Evangelicals.

pro: Which positions do you want to contribute? 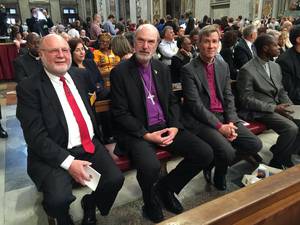 Thomas Schirrmacher: We live in a sexualized world where Evangelicals and Catholics often divorce. For example, because life expectancy is increasing, marriages potentially last longer and longer. Sexual maturity begins earlier, and the vocational qualification needed to be able to feed a family is taking place later and later – ten years can quickly pass during which time sexuality fully unfolds but a marriage based on offspring is not yet meaningful. We must take Holy Scripture seriously with its ordinances – for example, the words of Jesus on divorce – and at the same time hold to its commandment of continuous love.

pro: What do you expect from the Synod?

Thomas Schirrmacher: I expect many friendships and resilient relationships to emerge in what amounts to almost three weeks. This often pays off later in concrete situations, for example when it comes to the topic of the persecution of Christians. Thematically I fear that the camps are insurmountable with respect to questions of divorce and same-sex marriage, even if there is open discussion now. There is some suspense as to whether the Pope himself takes a stand and how he might do so.

pro: Thank you very much for the interview!

The questions were asked by Moritz Breckner. (pro) 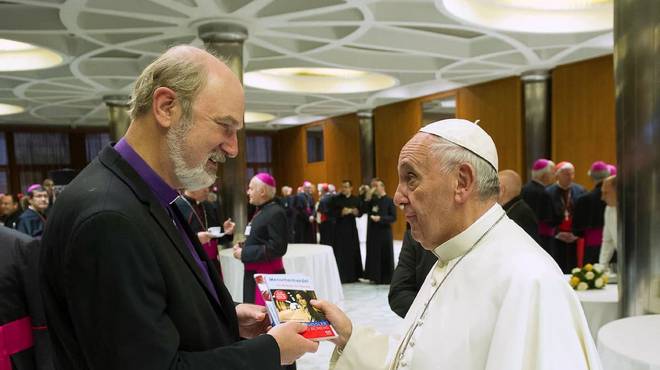 Thomas Schirrmacher in conversation with Pope Francis (Schirrmacher: “The Pope asked me for the German versions of my books against corruption and against human trafficking.”) © L’Osseratore Romano 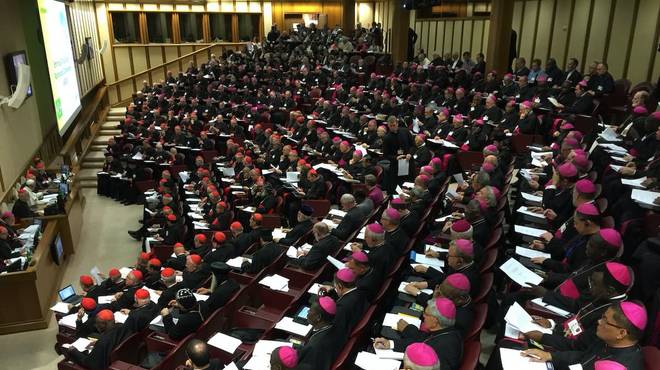 The synod in session © Thomas Schirrmacher 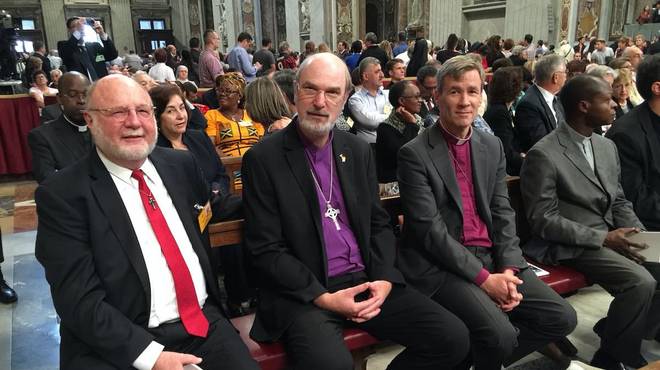