An Evangelical Voice at the COP26: Highlighting the Unique Role of Churches and Believers in Caring for Godâ??s Creation

(Bonn, 10.12.2021) The World Evangelical Alliance (WEA) together with a number of member and partner organizations represented an evangelical voice at the COP26 in Glasgow, UK. As part of its ongoing engagement in creation care, the WEA co-hosted events, co-sponsored the inauguration of a global climate prayer vigil movement, launched an online platform for fostering communities that can solve problems together, and engaged in countless conversations around the role of evangelical churches and individuals in â and their unique contribution to â better caring for the earth that God has entrusted to humanity. 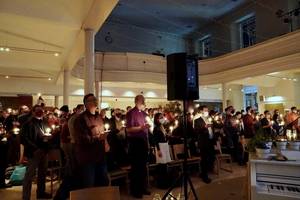 The global event, officially called the 26th United Nations (UN) Climate Change Conference of the Parties (COP26), brought together governments and civil society organizations from nearly 200 countries from October 31 to November 12. With its Sustainability Center in Bonn, the WEA has been working with and equipping evangelical churches and organizations as well as contributing an evangelical perspective on the issue of climate and the environment at high-level conversations with governments and civil society.

âWhen it comes to climate change I always stress that we as Christians start out with Genesis 1:26, that we were created with all our intelligence as the image of God to work and to preserve creation,â said WEA Secretary General Bishop Dr. Thomas Schirrmacher at the COP26. âUntil the return of Jesus it is our task to assure that this planet stays a place not only for us humans, not only for the neighbors we love, but also for the incredibly high number of animals and plants God created.â

The WEA has a unique role to play in speaking up for its constituency of regional and national Alliances in more than 140 countries. Schirrmacher shared that evangelicals in every region express urgency about the topic of creation care, from those affected by the man-made changes to the flow of rivers drying out the Aral Sea in Central Asia, to believers in countries surrounding Ethiopia who are concerned about the climate effects of the new mega dam, to churches in the Seychelles who rather than being dependent on imported oil would prefer the country to switch to clean solar power that uses the abundant sunshine on their islands. 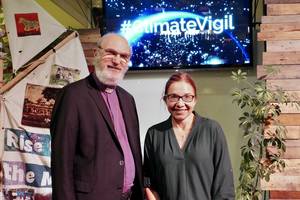 More than just speaking out, many evangelical churches and believers are also actively engaged in solution-oriented efforts: encouraging life-style changes that donât damage the ecological systems people are dependent on, converting churches to clean renewable energy generation, and fostering a Biblical perspective on being better stewards of the gift of creation in all aspects of life. In the host nation of this yearâs COP26, the Evangelical Alliance of the United Kingdom produced a series of resources under the theme âChanging Church: Climate changeâ that equips churches with research and practical information.

The WEA and other evangelical organizations participated in the COP26 to pray, to encourage and to show that evangelicals care and are actively involved in this issue. Among them was Dr. Katharine Hayhoe, a climate scientist and Chief Scientist for The Nature Conservancy who also serves as WEAâs Climate Ambassador. Dr. Hayhoe expressed hope derived from the breadth of participation at this yearâs COP.

Despite the outcomes falling short of what many would have hoped for, she commented in an interview with the BBC that âmost of all we saw that it was not just the countries that were there. It was everyone. There were young people and old people, there were companies and corporations, non-profits and churches. Almost every type of organization you could imagine was there in Glasgow calling for change.â 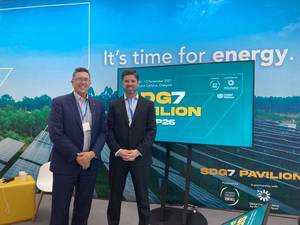 Dr. Chris Elisara, Co-Director of the WEA Sustainability Center, agreed that the outcome of the COP26 was mixed: âThere was progress on several key issues that we can applaud such as on methane, rainforests, and a new Beyond Oil and Gas Alliance of eight countries and three associate members committed to âthe managed phase-out of oil and gas production,â to name a few.â

On the other hand, Elisara emphasized that âthe success of COP26 for millions of people â people whose lives hang in the balance due to climate change â is determined by whether COP26 overshoots 1.5Â°C of global warming or not. After COP26 we are on a trajectory for 2.4Â°C of global warming, down from 2.7Â°C going into COP26. So while the world was hoping for a breakthrough this time around, the needed change has not arrived yet. On the other hand, the momentum for change has shifted in the right direction, but we need to dramatically speed up moving forward.â

âOne very positive outcome of COP26 was the unprecedented number, and joint collaboration by Christian organizations, some of whom attended this annual global climate summit for the first time,â Elisara said, and added: âGoing forward, these organizations are all committed to deepening their collaboration, and thereby their impact for propelling the changes the world needs on climate change between COPâs and next year at the COP27.â 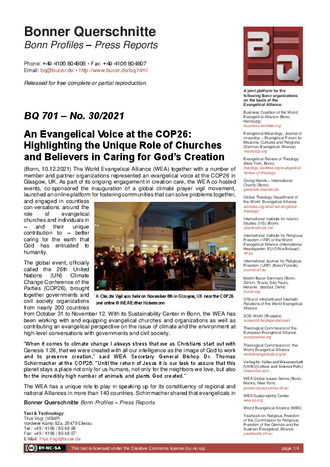 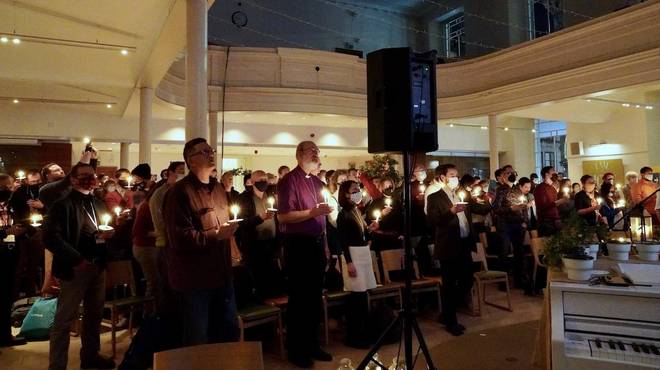 A Climate Vigil was held on November 6th in Glasgow, UK near the COP26 and online © WEA/Esther Habermann 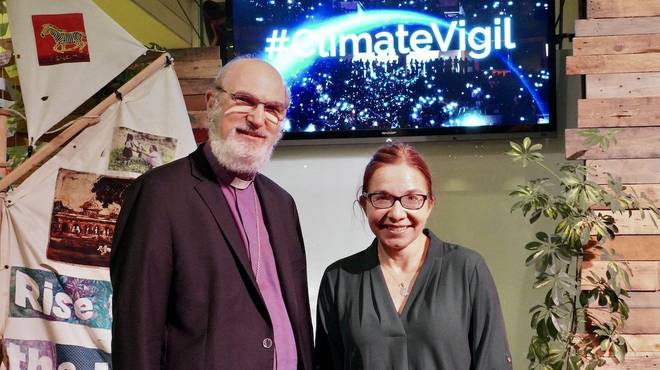 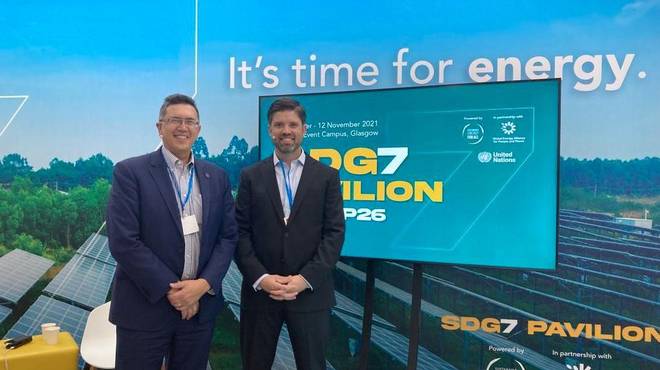 Dr. Chris Elisara, Co-Director of the WEA Sustainability Center, together with Charlie Henderson, founder of the Relight platform for community cultivation and collaboration, at an event launching a new energy initiative at the SDG7 pavilion © WEA